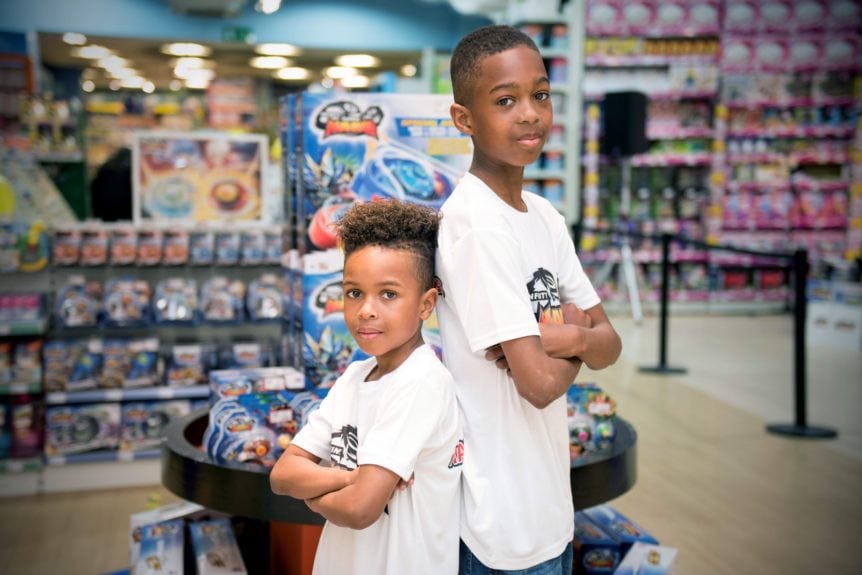 Fans headed down to The Entertainer, Bullring, to take part in the event, which saw YouTube sensations Tekkerz Kid and It’s Romello take part in a Nado Battle.

Alpha Animation & Toys UK is celebrating its launch event for Infinity Nado, which went down a storm with fans.

Hosted by Fun Kids Radio presenter Bex, the event was held at The Entertainer, Bullring on Monday April 10th, which saw YouTube sensations Tekkerz Kid and It’s Romello battle it out for a chance to be crowned the ultimate Nado Master.

150 fans were also given the chance to challenge them to an Infinity Nado battle and got to take home limited-edition gold and silver Nados, as well as a signed Infinity Nado certificate from the influencers.

“We couldn’t have asked for a better way to launch this amazing product,” said Mark Hyndman, country general manager at Alpha Animation & Toys.

“Having Tekkerz Kid and It’s Romello on board as brand advocates has been fantastic, we even had fans travelling from over three hours away to the Bullring to meet the popular vloggers and take part in the Infinity Nado Battles.” 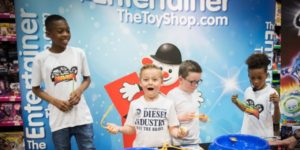 To kick start the launch of the items, The Entertainer also held an Infinity Nado unboxing event on April 15th across all of its stores.

Rebecca Naish, head of marketing and licensing at The Entertainer, added: “The flagship launch event allowed us to achieve a lot in one day, the live demos from the vloggers were competitive, fun and engaging, all aspects of the Infinity Nado brand, which we brought to life.

“We’re looking forward to seeing the success Infinity Nado has in the UK and to continue to offer consumers exciting ways to be involved with the product.”

Link to the original article – here.